José A.B. Fortes is the AT&T Eminent Scholar and Professor of Electrical and Computer Engineering at the University of Florida where he founded and is the Director of the Advanced Computing and Information Systems Laboratory. Among other current projects, he is leading the development of the cyberinfrastructure of the NSF-funded iDigBio project, is the principal investigator and Steering Committee Chair of the NSF-funded CENTRA initiative and is a principal or co-principal investigator of several other NSF projects (including HuMaIN and PRAGMA).

His research interests are in the areas of distributed computing, autonomic computing, computer architecture, parallel processing and fault-tolerant computing. He has authored or coauthored over 250 technical papers and has lead the development and deployment of Cloud and Grid-computing software used in several cyberinfrastructures for e-Science and digital government. His research has been funded by the National Science Foundation, Office of Naval Research, AT&T Foundation, IBM, General Electric, Intel, Northrop-Grumman, Army Research Office, NASA, and the Semiconductor Research Corporation.

José Fortes is a Fellow of the Institute of Electrical and Electronics Engineers (IEEE) professional society and a Fellow of the American Association for the Advancement of Science (AAAS). He was named the University of Florida 2019-2020 Teacher/Scholar of the Year (the University of Florida’s most prestigious and oldest faculty award) and a member of the UF Academy of Distinguished Teaching Scholars. He received the 2021 South Eastern Conference (SEC) Faculty Achievement Award for UF and the 2021 ECE Excellence Award for Faculty Research at UF: He was a Distinguished Visitor of the IEEE Computer Society from 1991 till 1995. José Fortes is on the Editorial Boards of the IEEE Transactions on Services Computing and the International Journal on Parallel Programming. He is also a past member of the Editorial Boards of the IEEE Transactions on Cloud Computing, IEEE Transactions on Parallel and Distributed Systems, the ACM Journal on Emerging Technologies in Computing Systems, Cluster Computing: The Journal of Networks, Software Tools and Applications, the Journal of VLSI Signal Processing, and the Journal of Parallel and Distributed Computing. 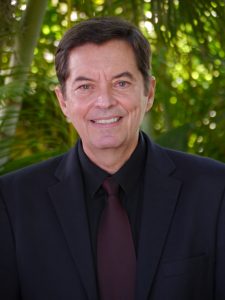