Srivattsan Sridharan is a PhD student under the supervision of Dr. José A.B. Fortes in the Department of Electrical and Computer Engineering at the University of Florida. He is working on Model Based implementation of Software Defined Systems. He is also involved in the Biotaphy project within the ACIS lab which aims at integrating Open Tree of Life, iDigBio, Lifemapper and Arbor to provide an integrated tool for researchers in the Biodiversity community.

He received his M.S. degree in Computer Engineering from the Computer and Information System and Engineering (CISE) department at the University of Florida in 2014. Prior to joining the ACIS lab, he worked as an Automation Engineer at Citrix Systems Inc. where he developed and optimized automation frameworks for the ShareFile product. He started as a PhD student in Spring 2016. 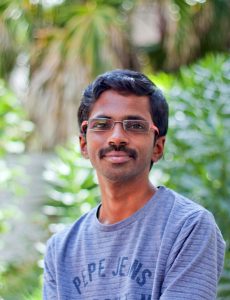